Visit us on Facebook or send an email!
So Pete, what the heck is a Platinum set of profiles?

These profiles were obtained by booking a session with a local studio that is owned and operated by a fellow who in the past had studios in Austin and New York among other places and has worked with too many luminaries to list. He recorded SRV, among others. Has gear from Les Paul's studio. Heck, he has a picture of him hanging out with Les on the control room wall, which still amazes me. Fellow's name is Michael Block and he's a super nice guy, and has amazing gear and decades of experience using it. I told him what I was going to do with the profiles, and my main goal on these profiles was to let him set up a recording chain like he was going to record guitars, and I captured it with the Kemper. If I could come up with a term that was even better than Platinum, I'd use it, that's how cool these profiles are.

Not only did I get to use his studio and his expertise, but the gear... Just feast your eyes on the pics and brief info below. Most of us will never get to use all of the gear below to record, but you can buy profiles that were made with it. And use those for recordings or live shows. Put a little Les Paul RCA preamp mojo in your Kemper! 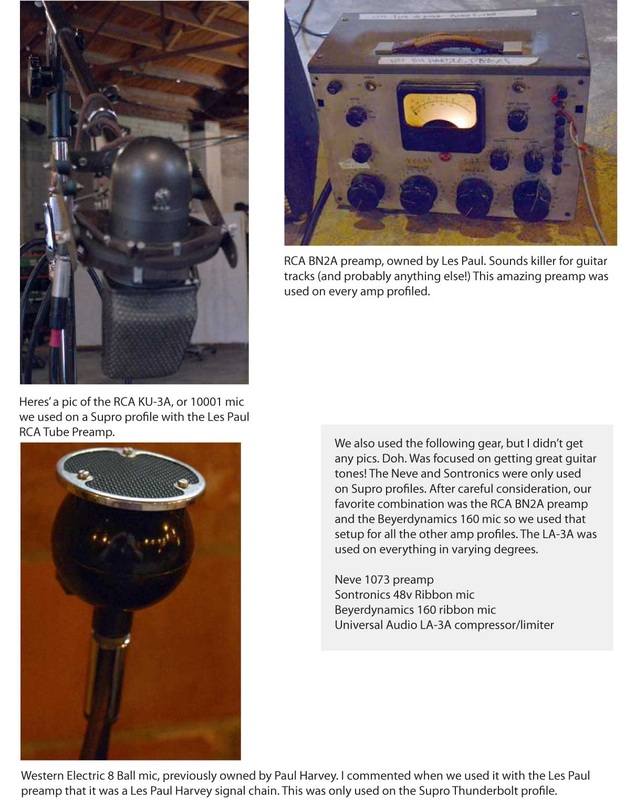 So he has some great gear, but how about some vintage amps to go with it? I only scratched the surface of what was available at the studio, but the results speak for themselves. Meet your new friends that can exist in your Kemper: 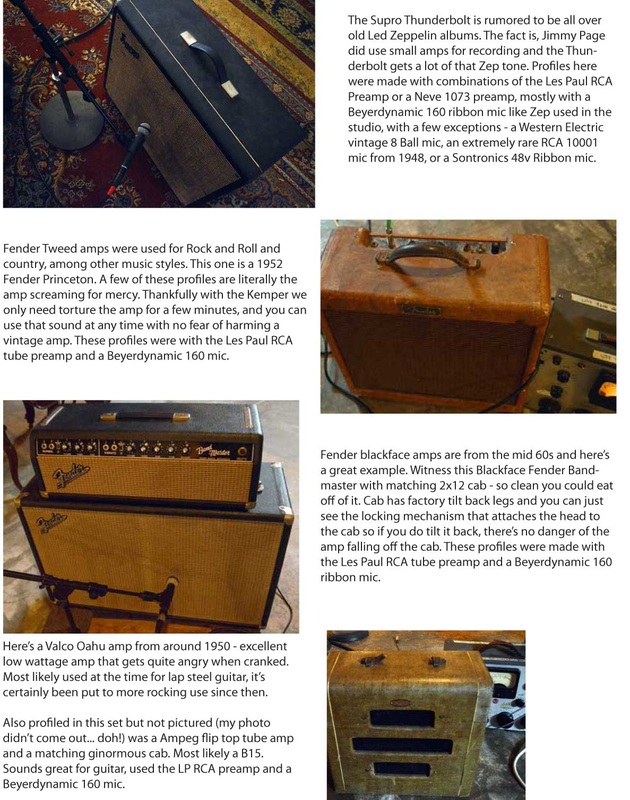 So what is the breakdown of profiles in this set? Not as many as I usually have, as the clock was ticking and I was using expensive studio time and resources to create these. Still are plenty of tones to go around though!

So in total there are 24 profiles, running the gamut from clean to pretty angry sounding. A couple of the Fender Princeton profiles sound like the amp is about to blow up! A few profiles were tweaked after profiling but the 'raw' profiles they were based on are included also. 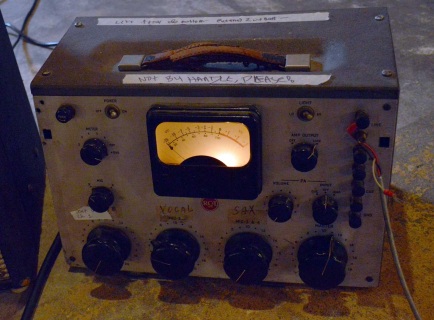 $15.00
Add to Cart
24 Vintage amp profiles including 5 Ampeg, 4 Fender blackface bandmaster, 7 Supro Thunderbolt, 2 Valco, and 6 1952 Fender Tweed Princeton. Created in the studio with rare gear including an RCA BN2A recording preamp owned by Les Paul.
All amp brands and names, and band/song info used in descriptions are trademarked by their respective owners and are in no way affiliated with Pete's Profiles.  KPA profiles found here are attempting to re-create the sound of the amplifiers listed. ANY use of brand names here or within the profiles is only for descriptive purposes and for those of comparison.
©2015 Pete's Profiles LLC | World Headquarters Tulsa OK 74129