Here are 11 carefully crafted and matched profiles for your Kemper profiling amp.

Each was matched not only by an EQ curve digitally, but also by choosing the right amp, cabinet, microphone and post profiling tweaks. All were done with the same guitar - my Tom Anderson surf burst, and anyone who is using my GTM system can place their custom EQ in slot 1 for even better matches.

Below are samples of some of the profiles - the backing tracks for all of the recordings below are freely available on the net. All profiles unless otherwise noted are ONE recorded guitar using the guitar listed above and the Kemper, NO changes in effects on the guitar tracks. No post EQ, No post fx, the profile is recorded to the digital input of my DAW and then mixed with volume level only to match the backing.
Purple Haze profile above uses position 4 on a 5 way strat switch on a two humbucker guitar - not the position 5 bridge humbucker. Would work well with a bridge single coil too, but this is just what I used. This profile is GREAT for vintage tones - everyting from Eric Johnson to Classic cranked fuzz/marshall lives here. Not just for Hendrix covers! intro guitar just before the main song starts is a backwards effect from flipping a recording of the profile 'backwards' in my DAW. All else is one track and straight from the profiler.
The Satch Surf samples are my Kemper playing the rhythm, then the backing track takes over rhythm when the Satch Surf Solo patch comes in with the melody. This is what I found on the net so I went with it. You can hear how close my one guitar is to the multi tracked original rhythm this way. No, the solo isn't exactly the same, but it's very close, especially considering the outboard gear used in the studio on that tone.
Just one guitar, the original used two. Note the texture in the amp tone - it's not just a good match for the EQ, but it also has that 'grunge fuzz' thing going on. Guitar was tuned to drop D.
Backing track here is a little murkier than the original, but you can hear the guitar tone is spot on.
Here's a profile that on it's own, may be a little thin - but fits perfectly in the mix with the Keyboards and vocals. Only one guitar track recorded here, the original had two. 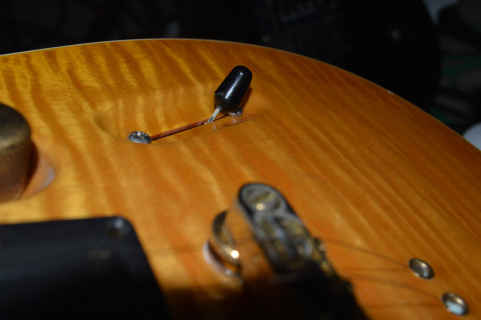 $10.00
Add to Cart
Tone matches that sound like the tones from Hendrix, Satriani, Night Ranger, Rush, Soundgarden, Survivor and the Who.
All amp brands and names, and band/song info used in descriptions are trademarked by their respective owners and are in no way affiliated with Pete's Profiles.  KPA profiles found here are attempting to re-create the sound of the amplifiers listed. ANY use of brand names here or within the profiles is only for descriptive purposes and for those of comparison.
©2015 Pete's Profiles LLC | World Headquarters Tulsa OK 74129